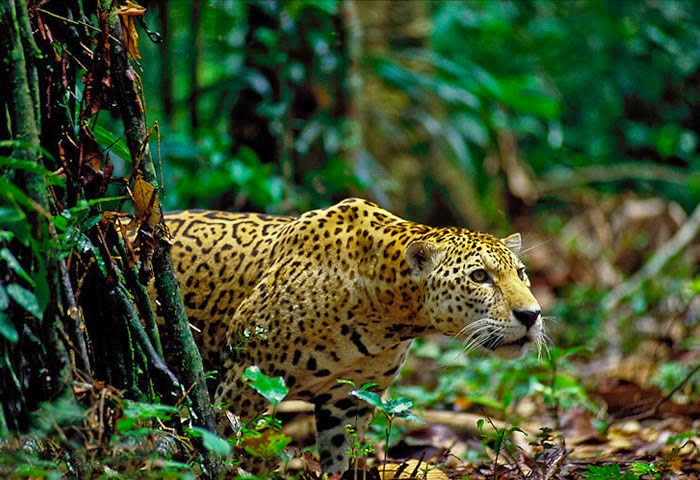 The King of the Amazon Rainforest


The JAGUAR is the largest cat in the Americas and the world's third largest feline.

The jaguar can weigh up to 150 kilos, the skin is reddish yellow background, except inside the ears, at the bottom of the nose, jaw, throat and other lower parts of the body, where color is paler; at the bottom of the legs predominantly white. It also has features black spots, rosettes type, round, oblong or irregular stripes branching on the cross and come back together in the back, forming on the sides more or less parallel lines; smaller in the head, neck and legs than in the rest of the body. The tail has rings on his hindquarters. No two jaguars in the same pattern of spots.
The females are between 10 and 20 percent smaller than males.
Its length is 1.70 to 2.30 m and a height at withers of about 85. Its tail is between 45 and 75 cm.

The life expectancy of a jaguar in captivity is 22 years. In the wild environment is probably 10 years, except on rare occasions that can reach 20 years. 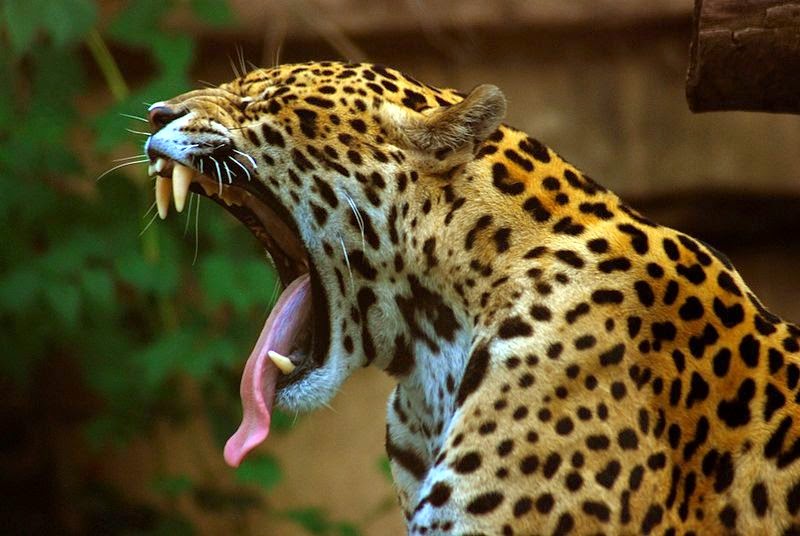 The JAGUAR is more active during dusk and night. Being a short distance runner pretty fast hunting their prey mainly on the ground. It is a great swimmer and can even cross rivers with a width of several kilometers. The jaguar is considered an opportunistic carnivore and diet depends on the density and prey availability. More than 85 species have been recorded in the jaguar's diet (Seymour 1989). Large dams, as peccaries, tapirs and deer are favorites, but also eat other mammals such as monkeys, sloth, frogs, turtles, snakes and even the jaguar can attack alligators, albeit significantly bigger than him. It also feeds on fish and birds have their nests on the ground.

The JAGUAR is a little social or affective kind: it only meets a female when she goes into heat. Made fertilization and after a gestation of 93 to 110 days, born of 1-4 pups in a safe place amid the dense forest or in a hole in the riverbank.
In contrast to the other big cats, the jaguar growls but rarely roars.

Females reach sexual maturity between two and two and a half years, while males between three and four years old. The last reproduction usually at age 8.


The number of names for the jaguar is impressive and differs widely from country to country, but in most countries it is known popularly as Tigre, due to the similarity found the first conquerors of America with the big asian feline.
Using its scientific name (Panthera onca) when speaking of the jaguar in the middle of wide diffusion is important; here is a list of the nicknames: 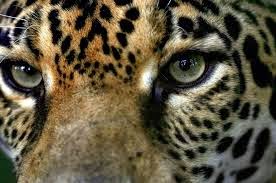 Considered vulnerable or endangered because they are hunted for trophy poached for their fur, and habitat loss threaten their survival.